Augmented and Virtual Reality in the Footwear Sector 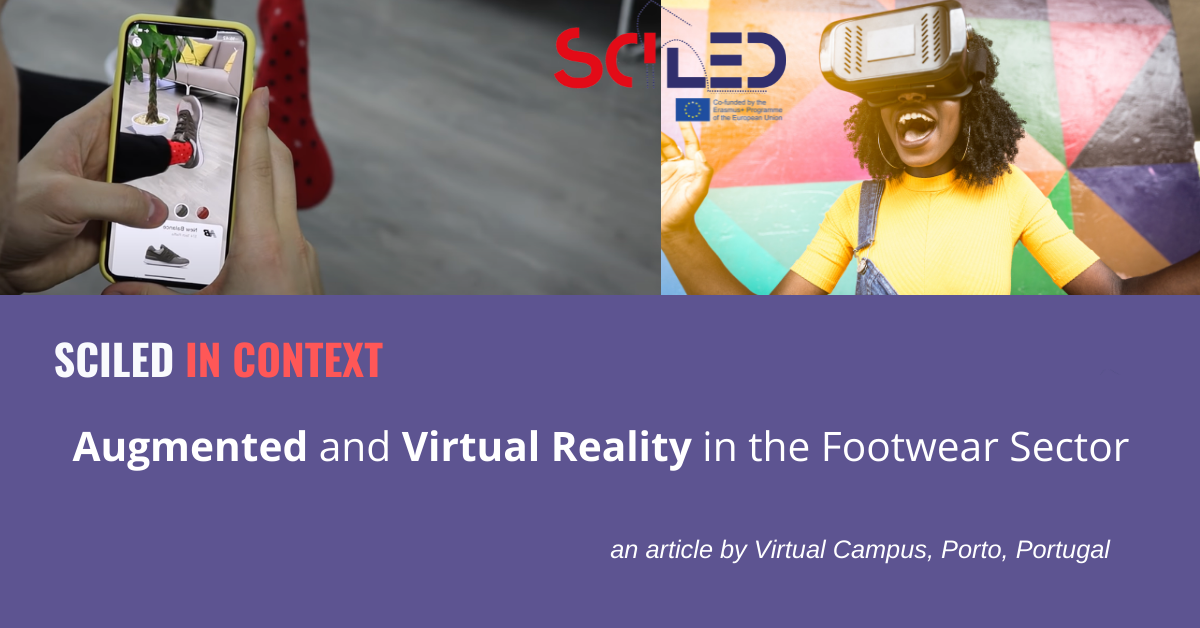 Augmented and Virtual Reality applications create environments where synthetic information generated by a computer is either blended with real world information or generate a fully digital worlds so that the user’s perception of the spatial world around him/her is either augmented or completely replaced. The Milgram’s Mixed Reality (MR) continuum is a representation of the potential ways to mix real and synthetic information, starting from the fully real (normal) world on the left until the fully virtual world on the right (Milgram & Kishino, 1994). The amount of digital content added to the user’s perception of reality determines the position on the MR continuum.

Virtual Reality (VR) allows the user’s total immersion in the digital world. However, to achieve that the use of specific hardware is required, specifically a headset that fills the field of vision in its entirety with highly realistic images accompanied by 3D sound systems. The user can interact with objects in the virtual scene and this interaction becomes even more realistic with the use of haptic devices that make the user “touch and feel” those objects.

Non-Immersive VR devices include simpler headsets and handheld displays like tablets. The user can still move around in the virtual world, but all of the digital content is viewed through the device screen so the user does not feel that he/she is present in the virtual world.

Augmented Reality (AR) is a set of technologies that immerse the users in experiences that mix real environments with computer-generated synthetic objects. AR allows the enrichment of the user’s interaction with the physical environment that surrounds him through the addition of information or virtual objects. The user’s field of vision is only partially filled with those objects which integrate with the view of the physical environment that surrounds him. Therefore, in AR applications there is a distinct perception between what is real and what is virtual. AR applications can also tap into the device’s camera, gyroscope, positioning system and/or accelerometer to enhance the user experience. AR has become much more commercially accessible due to the advent of mobile platforms like smartphones with extended sensor and graphic capabilities. VR and AR are now merging into the Mixed Reality (MR) concept which brings together all the different aspects of these technologies. Microsoft Hololens holographic device is an initial example of this new reality (figure 2). 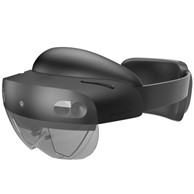 In the footwear sector, the use of Virtual and Augmented Reality has still not been fully exploited and there are only a few examples around. In most cases, these technologies are mostly used for Marketing purposes like the announcement of new performance shoes by ASICS. One interesting case of the use of Virtual Reality in this domain is the design of shoes using a 3D graphical system like the Gravity Sketch application as shown by the designer Gonzzzalo (figure 3). 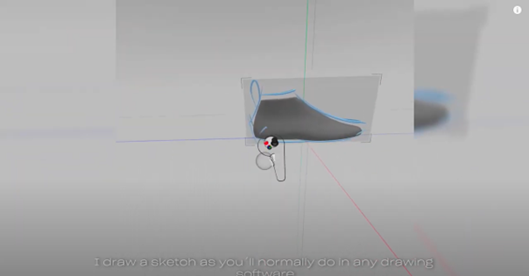 Most Augmented Reality applications for the footwear industry relate to the “virtual try-on” concept which allows users to see how shoes would fit on their feet before they buy or even see or touch those shoes in reality. This is the case of the Wanna Kicks application: it allows the user to visualize how a certain model of sneakers looks on their feet, through the smartphone camera. After the user chooses a model, the application opens the camera and tries to detect a feet on the image. If successful a 3D model of the previously chosen sneakers appears around the foot, and even accompanying the movement of the same. In addition to viewing the models, the app also presents the user a description of the model, the expected price, and the referral to a store that markets those sneakers. 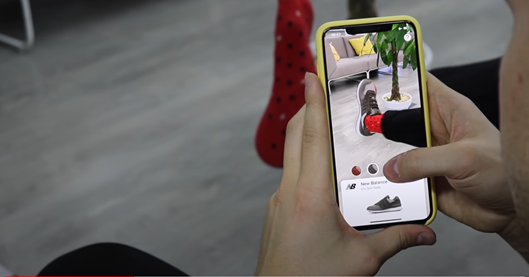 That is also the case of the Vyking app that has a 3D foot tracking technology which is able to track human feet for AR applications, allowing for “on-foot” product visualisation. Vyking’s foot tracking works on any smartphone and detects feet with socks, shoes or barefoot. The company provides the technology as a service to other businesses, namely footwear brands. 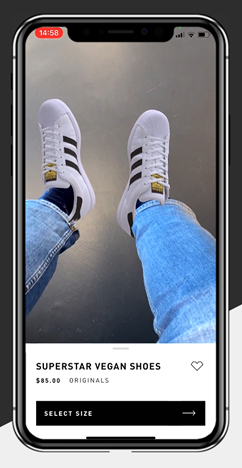 In summary, Virtual, Augmented and Mixed Reality offer new possibilities in the design, manufacturing and marketing of footwear products. The sector is only starting to explore those possibilities but with the current commercial availability of less expensive devices capable of supporting VR and AR with a good degree of immersion, we can expect to see a large increase in the use of these technologies in the next few years.