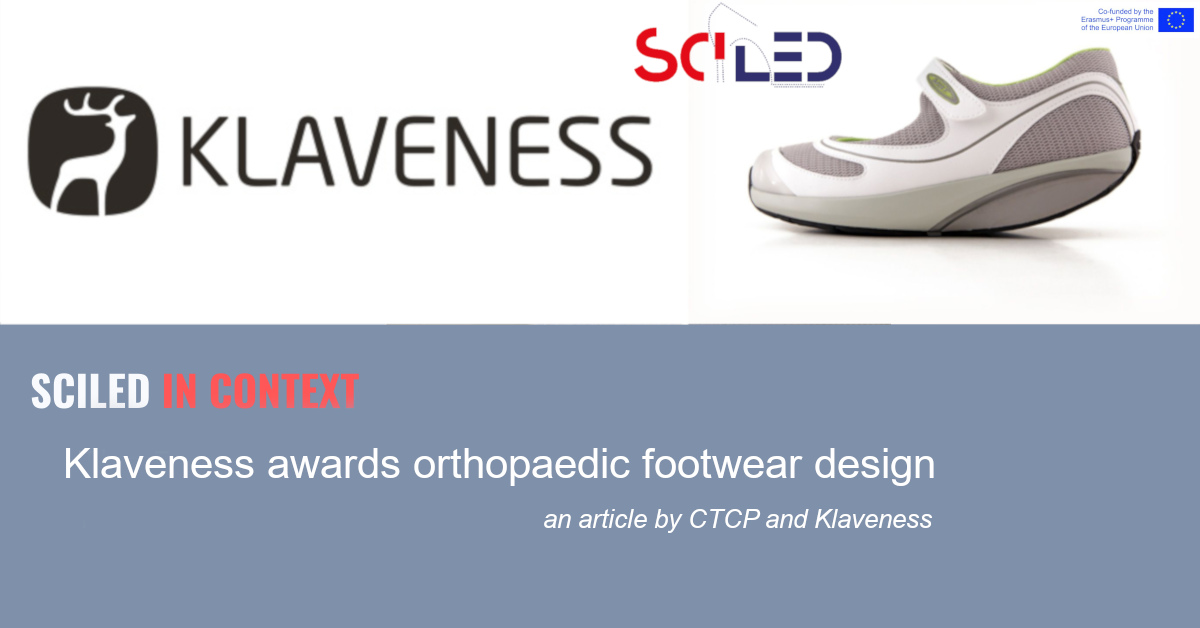 Young Italian is the winner.

It was in October 2021 that CTCP received 11 young people from Spain, Italy, Greece and Romania for a training activity, under the Erasmus+ European project SciLed. In two weeks, the students developed four footwear models, one per group, where they combined comfort and sustainability with innovative design.
In the last day of the experience, each group presented their model, to the project partners. Surprised with the results presented, Mario Gil Moreira – Managing Director of Klaveness, one of the partner companies of SciLED project, prepared a competition where he challenged the young people to create and design an orthopaedic footwear model, in which the best project presented would be awarded.

The projects were evaluated based on the originality of the design, the selection of materials, the techniques used and the narrative of the product concept, by a jury composed by elements from Klaveness, CTCP – Footwear Technology Centre and CEC – European Confederation of Footwear Industry.
Mario Gil Moreira, tells us that “the company was very impressed with the proposal submitted considering that the student is not from the footwear area”.
The winner of this competition was the young Gianluca Pegolo, an Italian student of design, which although not coming directly from the footwear field, after this contact with the sector, considers this a possibility “I’m not sure if I will be a footwear designer or explore other areas of design, but this initiative made me really think about entering the footwear industry” says and adds that he would like, in the near future “to have the possibility of doing an internship in one of these footwear companies.

Gianluca also says that “the industry should bet in more initiatives like this one, which are enriching both companies and students. Since students like me have the possibility to challenge themselves and work for a real client and to enjoy new ideas”. “I think this initiative was great, it gave me the possibility to be in contact with companies that I had the pleasure to visit in Portugal and to work on a briefing for a real product, which needs to meet the strict design features for an orthopaedic shoe, a real challenge!” concludes this young man.